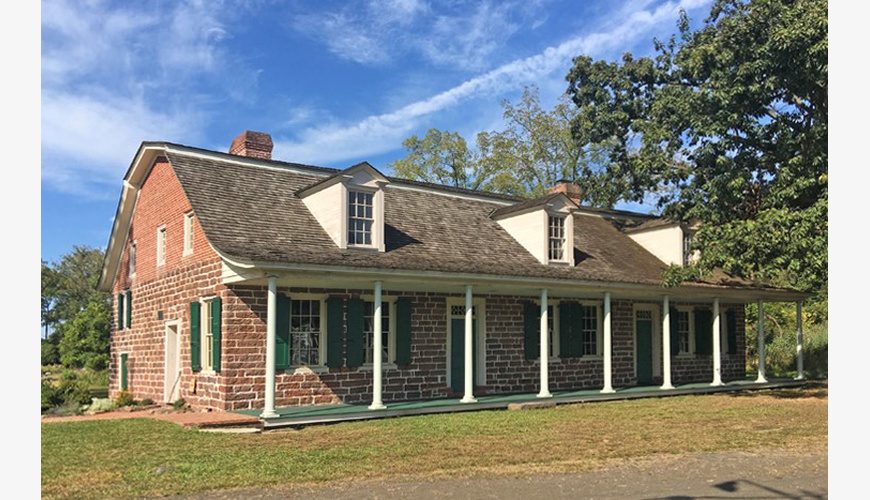 
Historic New Bridge Landing, strategically situated at the narrows of the Hackensack River, preserves a scenic fragment of the New Jersey Dutch countryside and is famed for its compelling role in the Revolutionary War. Historic New Bridge Landing served as a battleground, fort, encampment ground, military headquarters, and an intelligence gathering post. The Steuben House, one of eleven engagements sites located within Historic New Bridge Landing, is a fine example of Bergen Dutch sandstone architecture and served as General George Washington’s headquarters while 14,000 soldiers camped nearby in September 1780. The house was erected by John and Annetje Zabriskie who purchased the Johannes Ackerman mill and farm in 1745 shortly after the construction of the first drawbridge along the Hackensack River. The Steuben House is now the only extant building remaining from the 1776 Retreat through Bergen County, known as the Retreat to Victory.