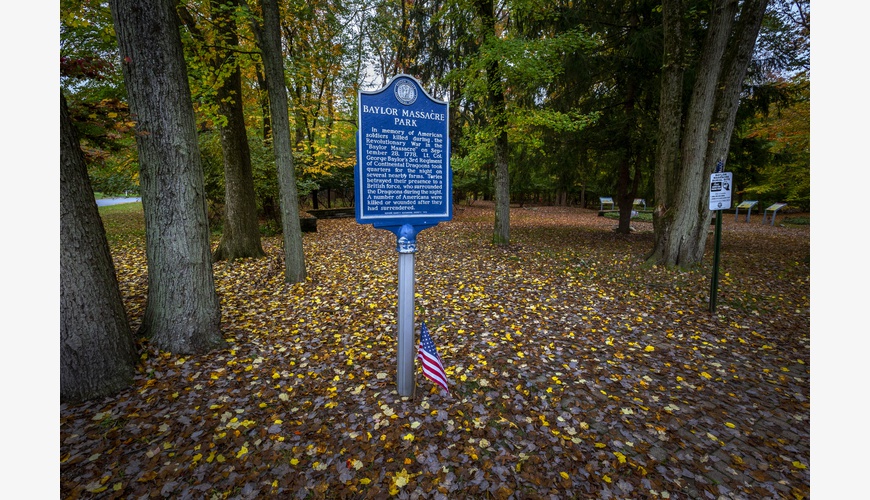 
The Baylor Massacre Burial Site located within the wooded Bergen County park contains the remains of the 3rd Continental Light Dragoons who were slain by British soldiers under the command of General Charles “No Flint” Grey on September 28, 1778. Fearing the return of the British troops, the slain men were quickly buried in tanning vats along the Hackensack River. In the 1960s, the remains were discovered during an archaeological investigation and reinterred on the site in 1974.

The historic park features an original millstone to mark the burial ground as well as interpretive panels describing the events of the Baylor Massacre. 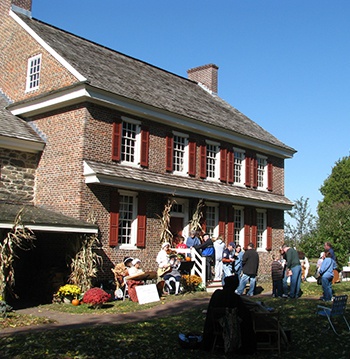 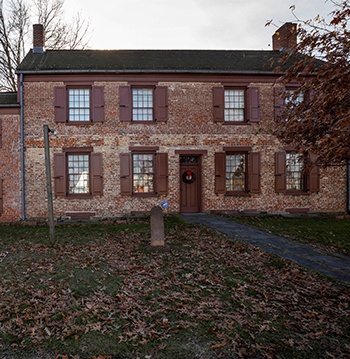 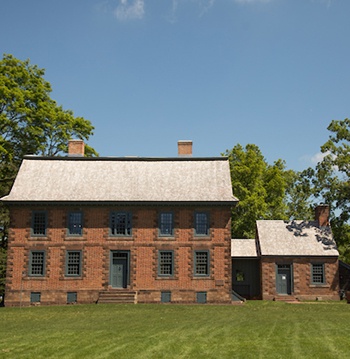 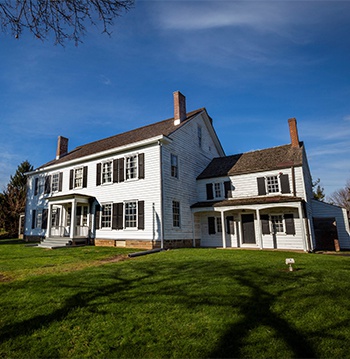