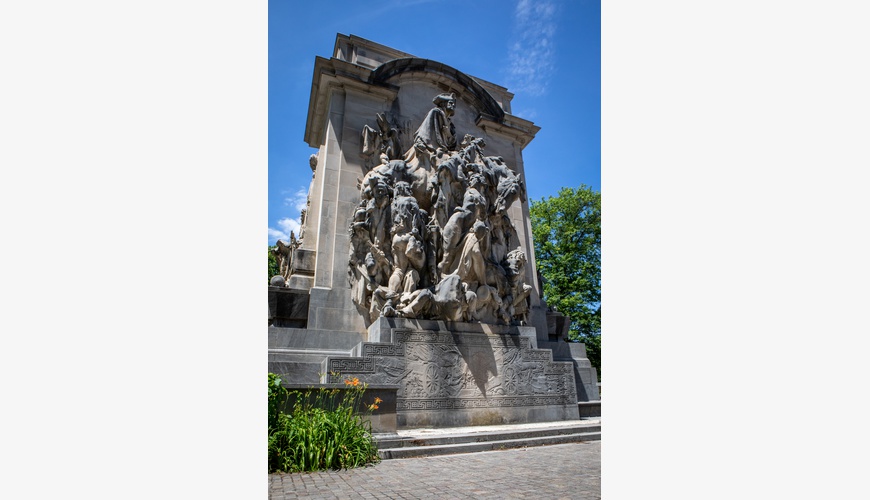 
The Princeton Battle Monument was designed by the prominent Beaux Arts sculptor Frederick MacMonnies and assisted by architectural designer Thomas Hasting, to commemorate the January 3, 1777 Battle of Princeton. The 50-foot carved monument, inspired by the Arc de Triomphe, depicts General George Washington leading his troops to victory and the death of Washington’s close friend, General Hugh Mercer. Four small monuments line the walkway leading the Princeton Battle Monument and are dedicated to Colonel John Haslet, Captain Daniel Neil, the Continental Marines, and a commemorative plaque of Rochambeau’s campsite. The Princeton Battle Monument was completed in 1922 and dedicated the same year by President Warren G. Harding on June 9. 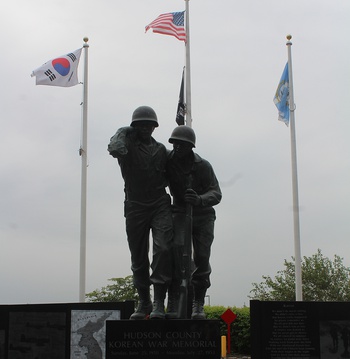 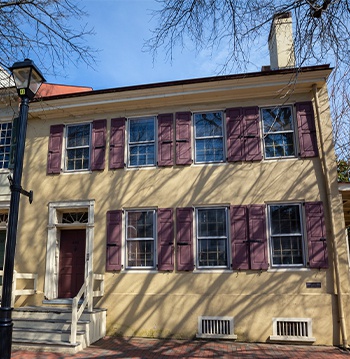