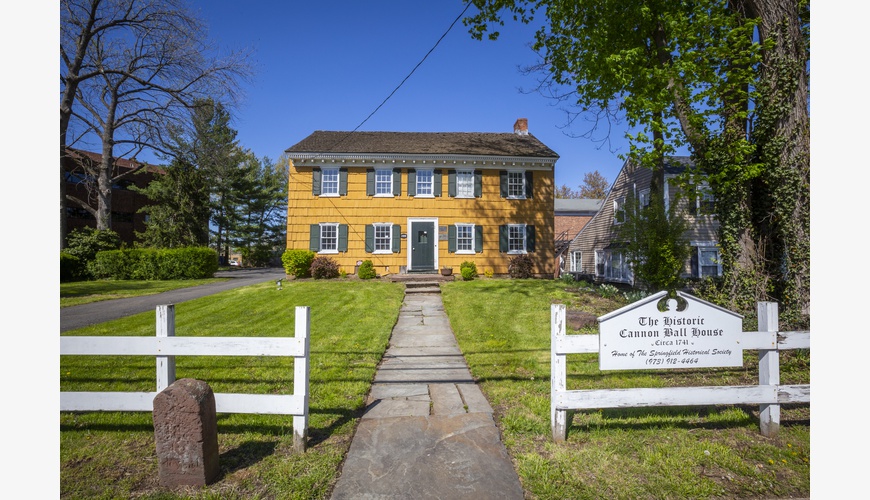 
Home to the Springfield Historical Society, the Historic Cannon Ball House is one of four houses left standing after the Battle of Springfield, the last significant conflict in the northern colonies before Yorktown. On June 23, 1780, 1,500 Americans under Major General Nathanael Greene and Colonel Elias Dayton were attacked by 5,000 British and Hessians enroute to capture stores at Morristown. The Historic Cannon Ball House was spared when the defeated British burned the rest of Springfield.

The Cannon Ball House was built in 1741 by Jonathan Dayton, a doctor and a Revolutionary War soldier, whose nephew (of the same name) was a signer of the Constitution. Visitors can tour seven period-style rooms with artifacts associated with local history and colonial life including the cannon ball that was lodged in the wall of the house during the Battle of Springfield and a letter written by General George Washington just days before his decisive victory in Springfield.