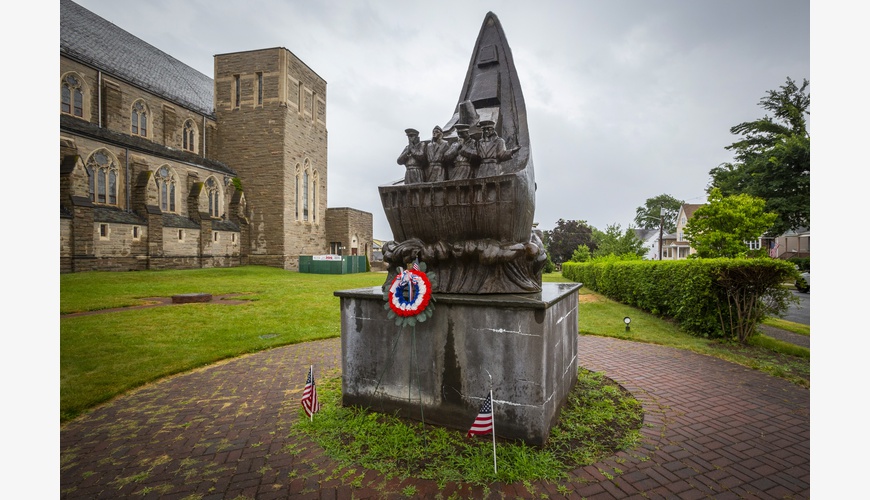 
The Four Chaplains Monument, located on the grounds of St. Stephen’s Roman Catholic Church, depicts the four chaplains’ selfless acts of valor witnessed in the early morning of February 3, 1943 on the United States Army transport ship, Dorchester. When the ship was torpedoed and began to sink, four chaplains -  two Protestant ministers, Reverend George Fox, and Reverend Clark Poling, a Jewish rabbi, Alexander Goode, and a Catholic priest, Father John P. Washington, offered their life jackets to four troops when the ship’s supply ran out. Based on eyewitness accounts, the monument depicts the four chaplains standing against the ship’s railing, arms linked, and praying as the ship sunk beneath the icy waters of the North Atlantic.

The 2,000-pound bronze monument was conceived by Timothy Schmalz, a master sculptor who created stunning pieces based on religious themes. Sitting atop of a granite base, the front of the monument depicts the four chaplains standing on the deck of the Dorchester, arms linked and praying, as the ship’s bow rose up behind them and sank into the frigid water. On the back of the monument is an angel holding four life jackets. 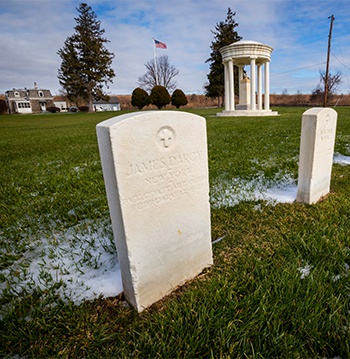 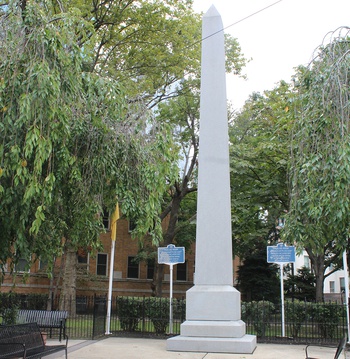