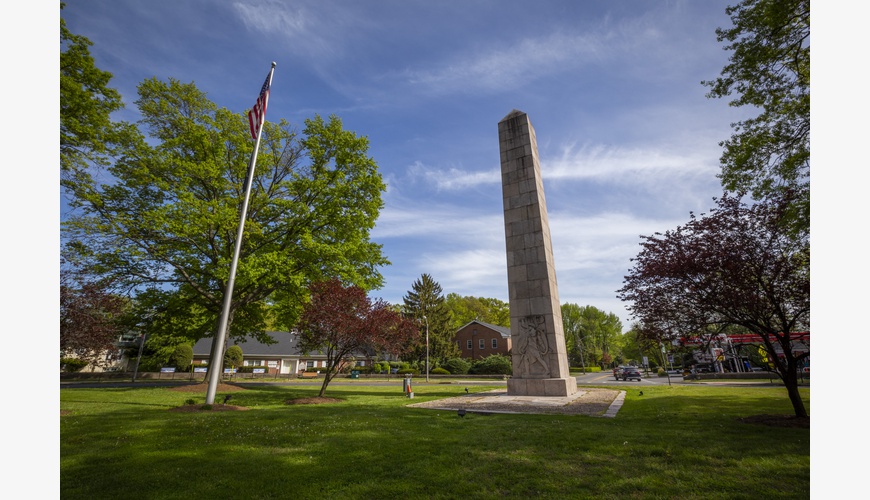 
The Camp Merritt Memorial Monument, modeled after the Washington Monument, is a 65-foot tall granite obelisk planned at the end of World War I to commemorate those that died at the camp, primarily from influenza. Camp Merritt, also called the “goodbye camp,” was named after Major-General Wesley E. Merritt, an exceptional officer during the Civil War. The camp was constructed in August 1917 to serve as a temporary destination for soldiers before moving on to Hoboken to be shipped out to the battlefields of Europe.

The monument marks the center of the camp and features a sculpture of a “doughboy” reflective of a Greek warrior with an eagle at his back commissioned by the famous American sculptor, Captain Robert Aitken. At the base of the monument is a map of the camp with the names of 15 officers, 558 enlisted men, four nurses, and one civilian who gave their lives for their country while on duty in Camp Merritt. The memorial was dedicated by General John J. Pershing, Commander of the American Expeditionary Forces, on Memorial Day in 1924. 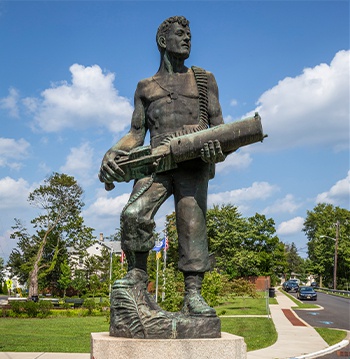