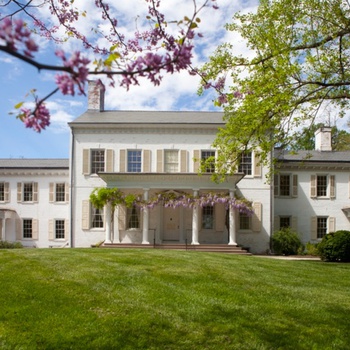 Shortly after ascending the British throne, Queen Anne reunited East Jersey and West Jersey as a royal colony in 1702. For four decades, New Jersey and New York shared a royal governor who often ignored New Jersey and its affairs. However, during this time the colony began to expand and tripled its population by 1740. Leading into the American Revolution, bitter divisions developed within communities and ad hoc militias waged unconventional warfare. Through endurance and survival, a new nation was born on July 4, 1776 and New Jersey elected its first official governor the following month on August 31, 1776. Get to know some of New Jersey’s historic governor estates that are open to the public!

Did you know, one of Benjamin Franklin’s most vocal critics was the royal governor of New Jersey, William Franklin, his own son? The Proprietary House in Perth Amboy is the only remaining official royal governor’s mansion still standing in the original thirteen colonies. William was appointed royal governor of New Jersey in 1762 by King George III and was invested on the steps of what today is Perth Amboy City Hall. William and his wife Elizabeth moved into Proprietary House in 1774 but would vacate the property three years later when the New Jersey General Assembly ordered the governor to be held under house arrest and removed for trial after being convicted of treason. Over the centuries, the property served as a private mansion, hotel, retirement home, boarding house, and presently a museum.

After the colonies secured their independence, William Livingston became New Jersey’s first elected governor on August 31, 1776. Governor Livingston’s estate is located on Kean University’s campus and operates today as the Liberty Hall Museum. The fourteen-room country estate hosted several prominent figures from the American Revolution including George and Martha Washington, Alexander Hamilton, Marquis de Lafayette, and John Jay. In the early nineteenth century, the home passed to the Kean family through Governor Livingston’s niece, Susan Livingston Kean. The house was greatly expanded and remained in the Kean family until it was opened to the public as a museum chronicling 240 years of New Jersey and American history through the lens of the Livingston and Kean families.

Built in 1757 by Richard Stockton, signer of the Declaration of Independence, four generations of Stocktons resided at Morven before the property was leased to Robert Wood Johnson Jr., chairman of Johnson & Johnson in 1928. He was followed by five New Jersey governors when Morven served as the state’s first Governor’s Mansion from 1945 to 1981. Over the years, Morven welcomed many famous guests, including George Washington, Daniel Webster, John F. Kennedy, Fidel Castro, Buzz Aldrin, and Grace Kelly. Morven Museum and Gardens remains the only original house of a signer of the Declaration of Independence that is open to the public.

Situated on land that was once owned by William Penn, the Quaker who founded the colony of Pennsylvania, Drumthwacket is the stately home that now serves as the official residence of the governor of New Jersey. Drumthwacket is one of the most fabled and elegant of America’s executive residences, and one of four official governors’ residences in the country not located within the respective state capitals. After the estate’s last owner died, it was sold to the State of New Jersey with the intent that it be used as the official governor residence of New Jersey. In 1981 the New Jersey Historical Society purchased the property and in 1982 the Drumthwacket Foundation was formed to restore the property. Since 1982, ten governors have utilized the estate. Drumthwacket is open most days to the public for guided tours of the house and gardens.

Are you ready to explore New Jersey history through its governors’ mansions?